The transition to open world (WIP) 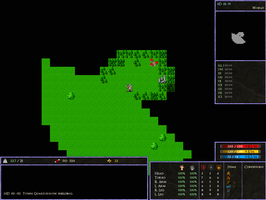 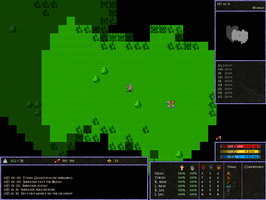 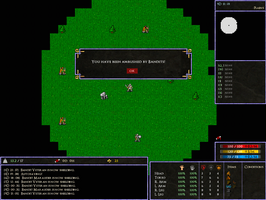 I figured that since Dungeonlike is moving towards less-frequent-but-chunkier updates, I should probably post some information about what I am working on, so that you know what is happening. These posts will be marked as (WIP) instead of having a version number (v.0.2.1) so that if you are mostly interested in new releases, making the distinction will be easier. I think I will also start showing smaller pieces of progress on the facebook page, as it seems way too silent and could use something like weekly updates.

So what have I been up to? You may have seen in "The Future of Dungeonlike" post that I was grumbling about moving to open world at some point. Well, "some point" seems to be pointing towards late December, or if I can't get it out before Christmas, early January. I've managed to get Tiled editor to work with some of my tiles, so I got a 100x100 tile world map ready - even if a bit empty at the moment. The plan is that as I update the game, that world map will grow and "unlock" new areas and provinces, so I won't get blocked for months on designing a huge world all at once.

The game will also slowly incorporate the concept of factions, and I currently have 5 (well, 5.5) of those:

The main feature of the open world will currently be a Camp System. The way it works is that there will be camps/nests of hostile factions (bandits, deserters or wildlife) periodically spawning on the map and becoming a threat during travel. I you step too close to such camps while travling on the map, you might be ambushed and nobody wants that. But if you discover such camp and kill its leader, the camp will be considered destroyed and the area will be safe... until new guys come around. This entire system is about 95% done as I am writing this.

But open world is much more than that, which is why I can't release the game in its current state. Stuff that still needs to be done before I release a new version is:

Hope the read did not bore you to death! As always, I am very curious to see what you think about all of this, does it look interesting to you, or maybe you have some ideas that would sit well within this open world setting? Let me know!